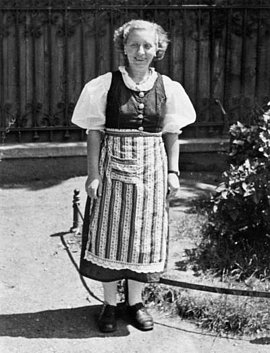 Born in Innsbruck in 1909, Josefine Ragnes worked as a domestic servant after leaving school. She joined the forerunner to the Socialist Party of Austria (SPÖ) in 1932. She lived with Alois Brunner from 1935, and they married in 1938. Josefine Ragnes went to České Budějovice (Budweis) in 1935 to meet Waldemar von Knoeringen, whom she had known since 1933 and who taught her techniques for smuggling written material. From then on, she kept up communications between various illegal Revolutionary Socialists groups. She was arrested along with her husband on May 16, 1942, sentenced to death on May 28, 1943, and murdered in Munich-Stadelheim on September 9, 1943.