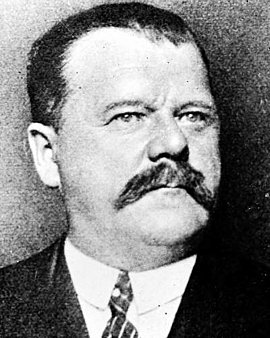 After attending elementary school, Josef Reither worked on his parents' farm and was involved in local politics and farmers' association from a young age. A member of Austria's Christian Social Party and from 1925 president of the chamber of agriculture, he became federal minister for agriculture and forestry in 1934/35. From October 1935 until March 12, 1938, the date of Austria's invasion by German troops, he was a representative of the federal state of Lower Austria in the federal council and the national parliament. Reither was arrested one day later and imprisoned in Dachau and Flossenbürg concentration camps. He was not released until July 1941. For the July 1944 coup, he was envisaged as a political sub-commissioner in Military District XVII (Vienna). Two days after the failed attempt on Hitler's life, on July 22, 1944, Reither was arrested in Vienna and taken to Ravensbrück concentration camp. He was transferred to the cell prison at Berlin's Lehrter Straße 3 on January 15, 1945, and held there until April 22. Weakened by his imprisonment, Josef Reither was unable to return to Austria until July 1945.