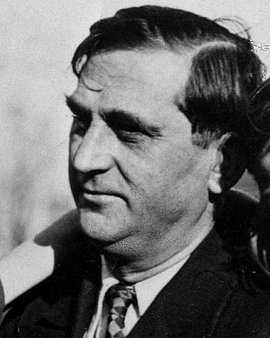 Born into a large family in Danzig, Johannes Graudenz went to England at the age of 17 and worked in different countries as a waiter, tourist guide and hotel manager. In 1916 he began working as a journalist in the Berlin office of the American press agency, United Press. In 1920 he headed the information office of the opponents of the Kapp Putsch and was briefly a member of the Communist Workers Party of Germany (KAPD). Between 1923 and 1924 he was resident UP correspondent in Moscow and ran his own photo agency until 1928; then he was a correspondent for the New York Times. From 1932 on he worked as a commercial agent. Graudenz, who had links with communist resistance groups, met Harro Schulze-Boysen in 1940. In February 1942 he was involved in compiling and producing the pamphlet “The people are troubled about Germany’s future” and was one of the initiators of the flyposting action against the anti-Soviet propaganda exhibition “The Soviet Paradise” in mid-May 1942. He also had contacts to opponents of Hitler in Heidelberg. Graudenz, his wife and their two daughters were arrested on September 12, 1942. On December 19, 1942 the Reich Court Martial sentenced him to death. Johannes Graudenz was murdered on Hitler’s orders in Berlin-Plötzensee.