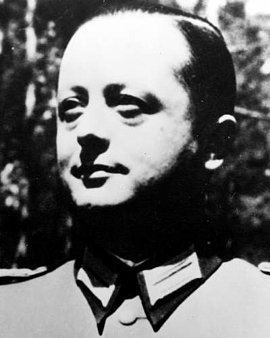 Joachim Meichßner gained his school-leaving certificate in 1924 at the humanist Landesschule Schulpforta, where his father had been a professor and ecclesiastical supervisor since 1912. In 1924 Meichßner joined the 3rd Signal Department of the Reich Army in Potsdam as an officer cadet. In 1935 he started the two-year general staff training course at Berlin War Academy. From September 1937 on, Meichßner served in the Army High Command, and from 1940 on he was 1st general staff officer and group chief in the General Army Office. He worked closely with General Friedrich Olbricht, who soon included him in the military conspiracy. After an operation on the eastern front, in 1943 Colonel (G.S.) Meichßner, as chief of the Organization Department in the Armed Forces Command, had access to briefings with Hitler. But he refused to carry out an assassination. Meichßner experienced the events of July 20, 1944 in his office in Potsdam-Eiche, and tried to help the arrested conspirators directly afterwards. At first his involvement in the coup attempt remained hidden. His father Maximilian Meichßner, the superintendent of the Protestant Church in Wittenberg, was arrested by the Gestapo on July 21, 1944, and letters from his son criticizing the regime were found when they searched his home. A week later Joachim Meichßner was also arrested. He was sentenced to death by the People's Court on September 29, 1944 and murdered the same day in Berlin-Plötzensee.