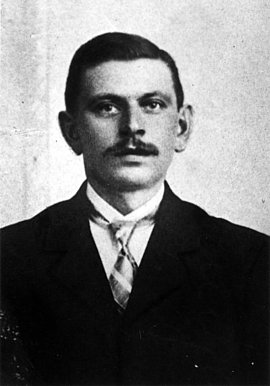 The north Friesian poet Jens Mungard, the son of the linguistic scientist Nann Mungard, grew up on the island of Sylt. Although Jens Mungard lived in dire poverty after 1933, he never asked for payment for his poems. He was arrested for the first time in 1935 and put into “protective custody.” Banned from writing in 1938, he did not let that stop him, telling a friend that he could not write hymns to Hitler. He always remained true to his conviction that the Friesian culture had to be maintained, independent of German influences. Through his links to west Friesians in the Netherlands, Jens Mungard attempted to keep up the links between all Friesians, which made him “nationally unreliable” for the National Socialists. At the end of 1938, Mungard, now regarded as the most important poet in the north Friesian language, was arrested again and put into Sachsenhausen concentration camp. He died there at the age of almost 60 on February 13, 1940, as a result of his imprisonment.