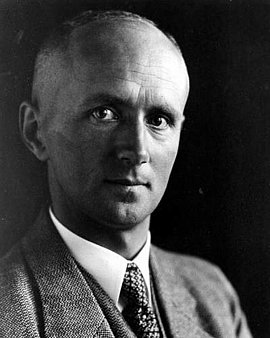 Jens Jessen fought in the First World War, qualified as a university instructor in Göttingen in 1927-28 and was a professor of political science there from 1932 on. Later he taught in Kiel and Marburg. From 1935 on he lived in Berlin and was a professor of economics and political science at Berlin University from 1936 on. He was married to Käthe Scheffer. In the Second World War he was deployed as a reserve captain on the staff of the Army quartermaster general, Eduard Wagner. Jessen was able to arrange opportunities to travel for the conspirators of the planned coup of July 20, 1944. As a member of the Mittwochsgesellschaft (Wednesday Club) he drew up plans for the constitution with Johannes Popitz and Erwin Planck that did not correspond to Carl Goerdeler’s ideas. Jessen also opposed the plans for a unified labor union. After the failure of the assassination attempt, the Gestapo’s interrogation of Jessen clearly revealed the links between the conspirators and some members of the Mittwochsgesellschaft. On November 7, 1944 the People’s Court sentenced Jessen to death for “failing to inform the authorities of a treasonable enterprise”. He was murdered on November 30, 1944 in Berlin-Plötzensee.