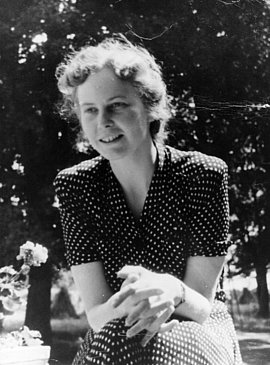 Irene Gräfin Yorck von Wartenburg was the youngest sister of Peter Graf Yorck von Wartenberg and grew up on the Klein Oels estate near Breslau. She studied medicine and became a practicing doctor in Silesia. Irene, called “Muto” by the Kreisau Circle, was a close confidante to the group, as was Yorck’s wife Marion, regularly taking part in the major conferences in Kreisau. Like other family members, Irene Gräfin Yorck was placed under Sippenhaft (imprisonment for relatives held responsible for the oppositional political activities of a family member) after the assassination attempt of July 20, 1944, and her brother’s sentencing. She survived the end of the war and died in Berlin-Wannsee on October 14, 1950.