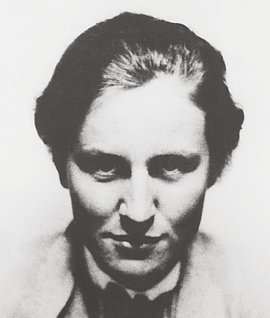 Ilse Stöbe trained as a secretary and shorthand typist at commercial college and went on to work in the advertisement department of the Rudolf Mosse publishing house. The editor-in-chief of the Berliner Tageblatt newspaper, Theodor Wolff, noticed her intelligence. She became his secretary and he encouraged her to venture into journalism. Ilse Stöbe became close to the editor Rudolf Herrnstadt, who joined the KPD at the end of 1929 and worked for the Red Army’s military intelligence agency from the early 1930s on. Ilse Stöbe worked in Warsaw during the 1930s, including as a representative for Swiss newspapers. It was there that she met the diplomat Rudolf von Scheliha, to whom she built up a close trusting relationship. She returned to Berlin in the fall of 1939 and began work in the Foreign Office intelligence department, where she was reunited with Scheliha. She also met the journalist Carl Helfrich, with whom she later lived together. Ilse Stöbe spent some time working in the advertising department of the Lingner Works in Dresden and went on business trips to Prague and Preßburg, later employed by the Foreign Office again. Under the code name “Alta,” she issued a futile warning of the impending invasion of the Soviet Union in the spring of 1941. Due to contact difficulties to the Soviet authorities, parachutists were sent out but were arrested by the Gestapo. Ilse Stöbe was arrested on September 12, 1942, sentenced to death by the 2nd senate of the Reich Court Martial on December 14, and murdered in Berlin-Plötzensee on December 22.