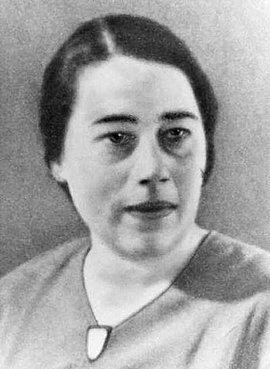 Hildegard Jacoby attended advanced commercial college and then trained as a welfare worker at the Social School for Women in Berlin before entering public service. After 1933 she lost her job because she was classified as "half-Jewish" in the National Socialist state. Jacoby subsequently worked for a patent lawyer and then in a clergyman's office. From 1941 on she was employed in the office of the Council of Brethren of the Confessional Church of Berlin-Brandenburg. Hildegard Jacoby supported the work of the circle around Franz Kaufmann and obtained food ration cards and false identity papers for victims of racial persecution. In August 1943 she was arrested with almost 50 other people and sentenced to eighteen months' imprisonment by the Berlin Special Court on January 11, 1944. She was released due to a severe illness on April 29, 1944, and died in Berlin several weeks later.