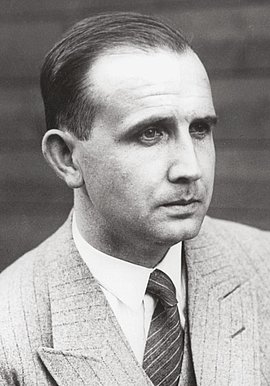 Maass grew up in the family of a railway official and volunteered for military service after completing school. Seriously wounded in a gas attack in 1918, he went on to study philosophy, psychology, and sociology in Berlin. After completing his state examination, he registered at the newly founded Hochschule für Politik (political science institute), which was intended to strengthen the foundations of the Weimar Republic. Maass originally planned to become a social worker but instead accepted a position as general manager of the Reich Committee of German Youth Associations. In 1933 he lost this position as the youth organizations were forced to conform to the party line. After the beginning of the National Socialist regime, Maass became one of the closest associates of former Hessian minister of the interior Wilhelm Leuschner. Maass turned down a teaching position at Harvard University so that he could stay in Germany to fight against National Socialism. He went into publishing and finally became Leuschner's business partner, using his business trips to establish resistance cells among free labor union supporters. Maass was arrested on August 8, 1944, sentenced to death on October 20, 1944, and murdered the same day in Berlin-Plötzensee.