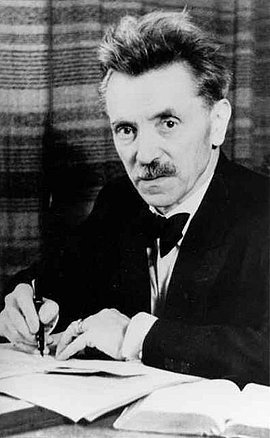 Hermann Maas was born into a pastor’s family and grew up in a middle-class and religiously liberal community. After studying theology he became a pastor at the Church of the Holy Ghost in Heidelberg. From an early age he felt closely bound to the Jewish religion, learned Hebrew and was closely acquainted with Jewish culture. He demonstratively went to synagogues even after the National Socialists took power. On a study trip to Palestine, Maas looked for opportunities for the Jews persecuted in Germany to flee. His activities developed into the International Church Aid Committee for German Refugees. In 1934 Maas joined the Pastors’ Emergency Council and was involved in establishing the Church Aid Office for Protestant Non-Aryans (Pastor Grüber’s Office). As head of the Office’s Baden branch he helped not only Christians of Jewish origin but also persecuted Jews in general. In 1943 he was removed from his post; a year later he was deported to forced labor in France. Maas survived the war. In 1950 he was the first German citizen to make an official visit to Israel.