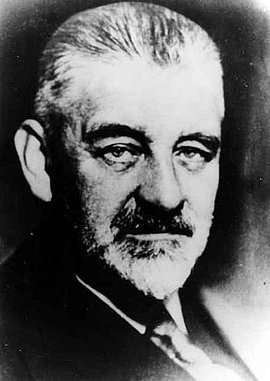 Hermann Luppe studied legal sciences and started a career in administration after receiving his doctorate. In 1909 he was a member of Frankfurt am Main City Council, and was elected as deputy mayor of the city in 1913. He joined the German Democratic Party (DDP) in 1918. From 1920 on he was mayor of Nuremberg, and from 1933 on he waged a bitter fight against the National Socialist regional Party leader, Julius Streicher, publisher of the anti-Semitic smear sheet, Der Stürmer (“The Attacker”). Luppe was briefly arrested in 1933, hounded out of office and eventually forced to leave Nuremberg. As a veteran local government politician, Luppe’s friends saw him as an important intermediary between liberals and democratic socialists. Hermann Luppe perished in an air raid on Kiel, his birthplace, shortly before the end of the war.