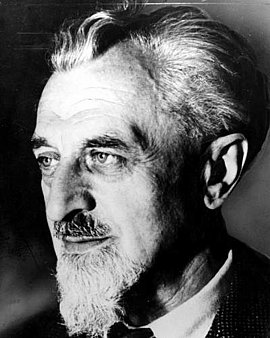 The engineer Hermann Lüdemann was a member of the Prussian State Parliament for the SPD from 1920 to 1929, and finance minister in the Prussian government in 1920-21. In 1928 he became regional commissioner of Lower Silesia, but lost this post in the summer of 1932 due to Papen’s “Prussian coup”. Hermann Lüdemann was arrested in June 1933 and imprisoned and maltreated in various concentration camps. Released from custody in 1935, in the following years he ran a cinema. He stayed in contact with Julius Leber, Carlo Mierendorff and Wilhelm Leuschner. In the spring of 1944 Hermann Lüdemann had discussions with Carl Goerdeler and was designated with Arthur Menge as political commissioner for military district XI (Hanover). After July 20, 1944 the Gestapo arrested him during the operation code-named “Thunderstorm”, and severely maltreated him when his involvement in planning the coup was discovered. On January 19, 1945 the People’s Court acquitted him of the charge of high treason, but the Gestapo arrested him again. At the end of the war he was liberated from Sachsenhausen concentration camp by Soviet troops, and became minister president of Schleswig-Holstein after 1945.