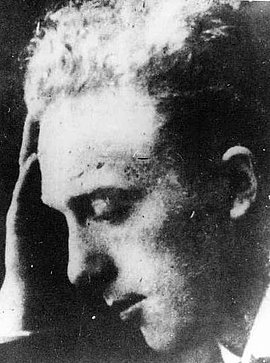 Hermann Knüfken, a seaman, was drafted into the German Imperial Navy in 1914 and deserted to Denmark in 1917. After an amnesty he returned to Germany the same year, was arrested again but liberated from prison by revolutionary sailors in 1918. Shortly afterwards, he joined the People’s Navy Division and the German Communist Party (KPD). Knüfken hijacked a steam trawler on which he took Franz Jung and Jan Appel to the 2nd World Congress of the Comintern in the USSR. He was sentenced to five years in a penitentiary for the hijack, but released in 1923. He then headed the International Seamen’s Club in Leningrad. Knüfken was arrested by the Soviet secret police, the OGPU, in 1929 and returned to Germany in 1932. After the National Socialists took power, as a labor union official Knüfken set up a Seamen’s Action Group in Rotterdam in 1933. After being arrested he was expelled to Antwerp in Belgium at the end of 1934. In 1936 he broke with the KPD and led the most important resistance group of the International Transport Workers’ Federation (ITF) with Kurt Lehmann. The group had over 300 shop stewards on German seagoing and inland ships, and links to two dockworkers’ groups in Hamburg. From 1936 on, Knüfken had contact to the British and French intelligence services. At the end of October 1939 Knüfken went to Sweden on a false passport to organize illegal ITF work against National Socialism. However, he was arrested by the Swedish police in mid-November 1939 and interned until 1943. In the fall of 1944 Knüfken went to Britain, and first returned to Hamburg in 1946 on assignment from the British government.