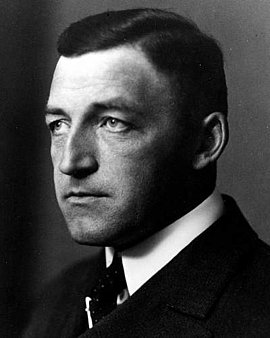 The administrative lawyer Hermann Freiherr von Lüninck resigned as regional commissioner of the Rhine province in 1935 after conflicts with the Rhine Gauleiter, Terboven. Lüninck was married to Berta Gräfin von Westerholt und Gysenburg, with whom he had five daughters. In the discussions of the conspirators around Carl Goerdeler, Lüninck was proposed as future minister of food, but labor union representatives objected to him because of his right-wing conservative past. In August 1944 the Gestapo arrested Hermann Freiherr von Lüninck while he was visiting his brother Ferdinand in prison on remand. Lüninck’s trial was postponed several times, and on April 22, 1945 he was released from Lehrter Straße Prison in Berlin.