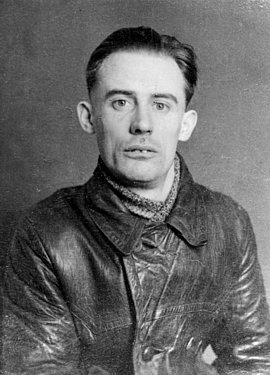 Helmuth Warnke was motivated to join the German Communist Party (KPD) in 1926 by the discussion of its plans for “expropriation of the royal families”. In the same year he set up a local KPD group in the northern German city of Wustrow in Wendland. From 1927 on he worked with the Hamburg KPD. In March 1933 the National Socialists searched Warnke’s apartment and imprisoned him and his father in Wittmoor concentration camp until the summer of 1933. After their release, at the end of 1933 the two men formed a resistance group of communists and social democrats. They were arrested again at the beginning of October 1934, severely maltreated and sentenced in 1935 for “preparation to commit high treason”. In 1941 Helmuth Warnke was drafted to the Wehrmacht and had to guard prisoners of war in France. At the end of July 1944 he let himself be captured by American soldiers, and survived the war.