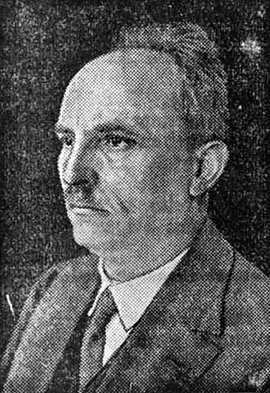 In May 1933 Heinrich Schliestedt, the secretary of the German Metalworkers’ Federation (DMV), managed with DMV chairman Alwin Brandes and other officials to save typewriters and duplicating machines from the clutches of the National Socialists. Brandes, Schliestedt and Max Urich created an informal network of contacts with whom they exchanged information and illegally produced leaflets. The group was discovered in 1935. Brandes and Urich were sent to prison for several years. Heinrich Schliestedt, who fled to Czechoslovakia in 1934, tried to set up a foreign branch of the German labor unions from Komotau (Chomutov) in 1935. He perished in an airplane crash in August 1938 on the way to a meeting of clandestine labor unionists in Alsace.