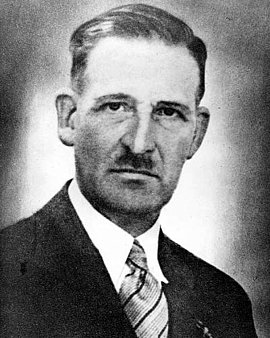 Heinrich Graf zu Dohna managed the family estates in East Prussia during the early phase of the National Socialist regime. As a member of the East Prussian Council of Brothers of the Confessional Church, he also actively aided pastors who had been arrested. He was married to Maria Agnes von Borcke, with whom he had a daughter and three sons. A reserve officer, Dohna was assigned to the general command in Königsberg in 1939 as deputy chief of staff. Placed on active duty in the army after the German invasion of Poland, he was discharged with the rank of major general at his own request in 1943 because he could not accept Hitler's conduct of the war. He and his wife worked with the resistance groups around Ludwig Beck and Carl Goerdeler, participating in their planning for a coup. Dohna volunteered to serve as a political commissioner in Military District I (Königsberg). After the attempt on Hitler's life, he and his wife were arrested. Agnes Gräfin zu Dohna survived imprisonment in the Ravensbrück concentration camp for women, but Heinrich Graf zu Dohna was sentenced to death by the People's Court on September 14, 1944. He was murdered that same day in Berlin-Plötzensee.