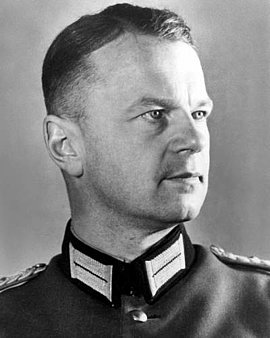 Hasso von Boehmer began his military career as an officer cadet in the 9th Potsdam Infantry Regiment. He suffered multiple woundings in Poland and France after 1939. A lieutenant colonel in the General Staff, he was married to Käthe Torhorst, with whom he had a daughter and two sons. His friend Henning von Tresckow recruited him for the aims of the resistance groups formed around Ludwig Beck and Carl Goerdeler. He volunteered for the planned coup as a liaison officer in military district XX (Danzig). On the day of the attempt, however, Hasso von Boehmer was away from Danzig on official business and did not return until the evening. His superior, the commander of military district XX headquarters General Bodewin Keitel, a brother of Field Marshal Wilhelm Keitel, was also away on the same day. Having heard of the failed assassination attempt on the radio, Bodewin Keitel immediately returned to Danzig.

In the further course of the evening, telexes arrived in the military district headquarters from the conspirators in Berlin, naming Hasso von Boehmer as liaison officer for military district XX. Boehmer was immediately ordered to leave a private occasion for the headquarters and arrested on his arrival. He was put into a Danzig prison that same evening, then transferred to the Lehrter Straße 3 cell prison in Berlin a few days later. He and other prisoners were moved to Tegel penal institution at the end of September 1944, but brought back to the cell prison after a major air raid on October 7, 1944. In January 1945 Hasso von Boehmer was transferred to the infirmary at Sachsenhausen concentration camp, having fallen severely ill in prison. He was sentenced to death by the "People's Court" on March 5, 1945, and murdered the same day in Berlin-Plötzensee.