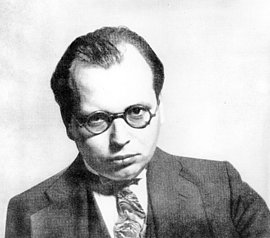 After studying law, Hans Litten founded a joint legal practice in Berlin in 1928 with the socially engaged lawyer Ludwig Barbasch, who was close to the KPD. One of his very first cases attracted attention, laying the ground for his later life as a “worker’s lawyer.” He represented workers given long penal sentences in May 1921 for organized resistance against the police invasion of the central German industrial sites ordered by the Prussian interior minister Carl Severing (SPD). Litten managed to get some of them recognized as political criminals, who thus fell under the amnesty act of August 1920. Via his partner Barbasch, Litten had contact to the Red Aid group—an aid organization founded by Wilhelm Pieck and Clara Zetkin, which supported workers’ families in need in times of strikes and unemployment and also provided legal protection and defense for workers charged with crimes because of their political activities or convictions. Hans Litten also took on briefs for Red Aid. In conducting his cases, he showed that Nazi violence was planned and structured. In 1931, he interrogated Adolf Hitler as a witness in the “Edenpalast case” and drove him into such a corner that he made himself a personal enemy. Immediately after the Reichstag fire, Hans Litten was taken into “protective custody” on February 28, 1933. He was imprisoned in the Brandenburg penal institution and concentrations camps in Sonnenburg, Esterwegen, Lichtenburg, Buchenwald, and finally Dachau concentration camp. It was there that Hans Litten, who had suffered repeated torture and maltreatment over his years in prison, committed suicide on February 5, 1938.