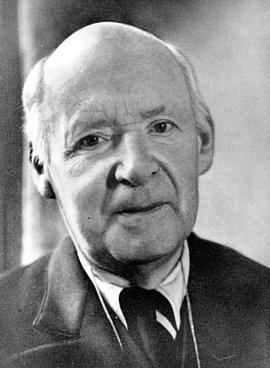 The influential philosopher of law and criminal law specialist Gustav Radbruch joined the Social Democrats during the Weimar Republic, representing the SPD in the Reichstag from 1920 to 1924. He was Reich Justice Minister in 1921/22 and 1923. After the murder of the foreign minister Walther Rathenau in June 1922, Radbruch drafted the law for the protection of the republic, laying the foundation for the legal persecution of political crimes. In his brief time in office, he was able to introduce important social policies. In 1926, he accepted a professorship at the University of Heidelberg, focusing increasingly on the link between justice and stability of the law. The National Socialists dismissed Radbruch on May 9, 1933. He spent a year living in England but then returned to Germany as an independent scholar. His work concentrated on clarifying basic cultural issues and questions of political coexistence. Radbruch wrote essays on German literature and art, also completing the art theory dissertation of his daughter, who had died prematurely. He died in Heidelberg on November 23, 1949.