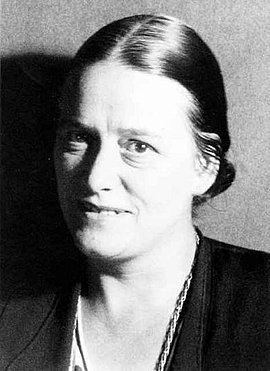 Born into a businessman’s family in Bremen, Gertrud Staewen became a welfare worker and gained experience in educational work in Berlin. She was also involved in the Christian socialist Neuwerk (New Work) movement. After the First World War she established a social education institute in Bremen. In the final phase of the Weimar Republic Staewen devoted herself mainly to working with young people. The National Socialists banned her books of social criticism “Menschen der Unordnung” (People of Disorder) and “Junge Frauen im deutschen Schicksal, 1910-1930” (Young Women in the Destiny of Germany, 1910-1930). Gertrud Staewen rejected the National Socialist state from the start and was influenced by the theological appeals of Karl Barth, who was a friend of hers. After she joined the Confessional Church, she and friends from Dahlem Confessional Parish in the circle around Franz Kaufmann organized a wide variety of actions to help Jews. Gertrud Staewen wished to help not only baptized people, but all those persecuted on racial grounds regardless of their religious beliefs. She obtained identity documents, food ration cards, and accommodation for them. Her participation in this aid work went undiscovered.