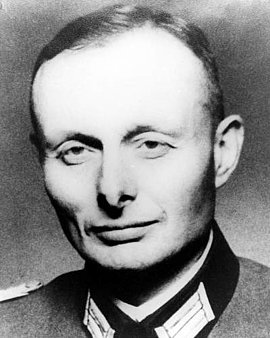 Lieutenant Colonel Gerd von Tresckow was a career officer and an elder brother of Major General Henning von Tresckow. After the unsuccessful assassination attempt on Hitler of July 20, 1944, Gerd von Tresckow was arrested in Bologna on July 27 and brought to Lehrter Straße Prison in Berlin in August. He tried to commit suicide on September 6, 1944 and was transported to the Berlin Police Hospital. There he died, caused not by his trauma, but caused by heart failure.