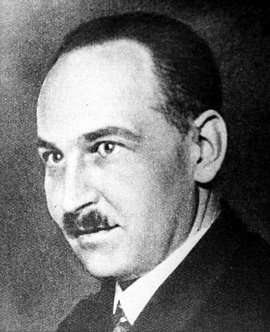 Born in 1886, Georg Schumann trained as a toolmaker. He joined the SPD in 1905, found work at Zeiss in Jena in 1907, and was called up to the armed forces in 1916. He was elected into the Prussian state parliament for the KPD in 1921, taking part in a party training course in Moscow in 1925. He became a member of the Reichstag in 1928 and was on the KPD’s central committee up to 1929. In the summer of 1933, Schumann attempted to form a communist resistance group in Breslau, was arrested shortly later and sentenced to three years’ imprisonment in a penitentiary in August 1934. Put into Sachsenhausen concentration camp after serving his term, he was not released until the summer of 1939, when he soon joined another communist resistance group. Georg Schumann was arrested again on July 19, 1944, sentenced to death on November 21, and murdered in Dresden on January 11, 1945.