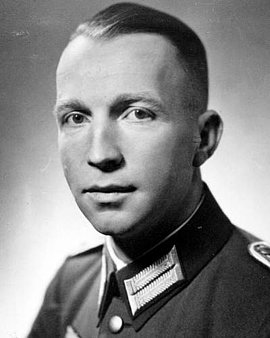 Georg Schulze-Büttger began training with the General Staff in Dresden in the early 1930s. He was adjutant to Ludwig Beck from 1935 until Beck's resignation 1938, and forged his first contacts to the military opposition through him. Via Beck, Schulze-Büttger also met Henning von Tresckow, for whom he was an important contact man during his various deployments on the Eastern Front.

He was informed of the plans to assassinate Hitler in 1943. After the attempted coup of July 20, 1944, the Gestapo considered Schulze-Büttger suspicious merely due to his close contacts to Beck and Tresckow, and he was arrested on the Eastern Front on August 20, 1944. He was sentenced to death by the People's Court due to his knowledge of the conspiracy on October 13, 1944, and murdered that same day in Plötzensee.