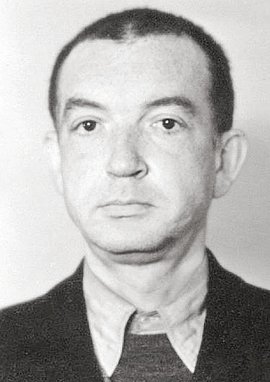 The businessman Georg Hornstein (shown here in a Gestapo photo from 1942) emigrated to Amsterdam in 1933 after the National Socialists took power. In 1936 he volunteered for the International Brigades, serving as an interpreter and company commander in 1937. Following a severe injury, Hornstein returned to Amsterdam in 1938 and was arrested there by the Gestapo in October of 1940. In interrogations, he emphasized that he had fought in Spain as a Jew, for his convictions and his rights. Georg Hornstein was murdered in Buchenwald concentration camp on September 3, 1942.