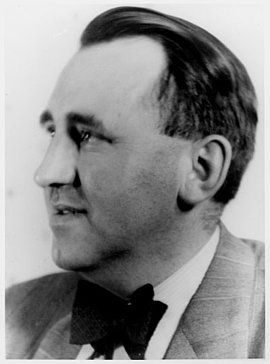 Born in Unterhaun in 1904, Georg Groscurth was the son of an agricultural landowner, studying medicine and completing his PhD at the University of Berlin. He met Robert Havemann at the Kaiser Wilhelm Institute for Physical Chemistry. As a doctor to several prominent National Socialists at the Robert Koch Hospital in Berlin, Groscurth came by important information. In 1943 he met the Ukrainian doctor Galina Romanowa, who had been brought to Germany as a forced laborer. He provided her with medicines and expert advice, supporting her in organizing resistance among her compatriots. Due to their privileged position in society, Georg Groscurth, Robert Havemann, Paul Rentsch, and Herbert Richter had particular opportunities to work against the Nazi regime. They were not only able to help people survive in the illegal underground, but also used the information and connections at their disposal to support, coordinate, and network other people’s resistance activities. They thus became a central point for various groups that had come about independently. They also tried to make contact with the Allies, but this attempt failed. In the summer of 1943, Havemann, Groscurth, Richter, and Rentsch wrote a number of programmatic texts, naming their group the Europäische Union (European Union). Georg Groscurth was arrested on September 4, 1943, sentenced to death on December 16, 1943, and murdered in Brandenburg-Görden on May 8, 1944.