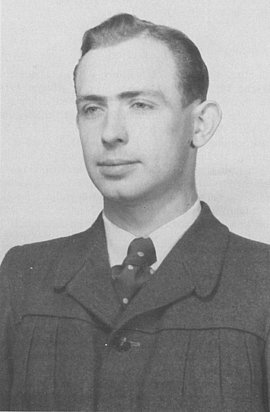 The toolmaker Fritz Wulfert was a member of the Young Socialist Workers from 1928, and joined the Jungbanner, the youth organization of the Reich Banner Black-Red-Gold, in Hannover in 1929. He was also a member of the German Metalworkers’ Association, the Young Freethinkers, and from 1931 the SPD. In the Jungbanner he became first a youth leader and then a section leader. After a severe confrontation with the SA in 1932, he was sentenced to three months’ imprisonment for breaching the peace. At the recommendation of the Hannover Jungbanner head Arno Scholz, Fritz Wulfert took part in gatherings in the labor unions house led by Werner Blumenberg in 1932. These meetings aimed to prepare the local SPD for illegality. Werner Blumenberg later founded and led the Socialist Front resistance group, which Fritz Wulfert joined. As a member of the Socialist Front, Wulfert was arrested at his workplace on September 14, 1936. The Hamm higher regional court sentenced him to two years’ imprisonment on October 28, 1937, which he served in Hamburg-Fuhlsbüttel prison and Neusustrum concentration camp, one of the moor camps near Papenburg. On his release, Fritz Wulfert went back to work as a toolmaker. Only a month after the end of the war, he became a member of the reconstruction committee in Hannover and worked for a time in the “Schumacher Bureau,” which prepared for the SPD’s reconstruction after the end of the Nazi regime.