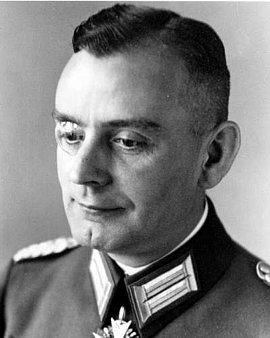 Fritz von der Lancken was married to Maria Antonia Verhoop, with whom he had three daughters. He served as lieutenant colonel in Friedrich Olbricht’s office, the General Army Office in the Army High Command, where Stauffenberg was chief of staff in 1943 and 1944. Von der Lancken lent Stauffenberg his apartment in Potsdam for meetings. Before the assassination attempt on July 20, 1944, von der Lancken safeguarded the explosives at the military district headquarters in Potsdam. On the day of the coup attempt he briefly kept guard on General Kortzfleisch, the commandant of military district III (Berlin), in the conspirators’ center in Bendlerstraße. Von der Lancken was arrested in the Bendler Block. On September 29, 1944 Fritz von der Lancken was sentenced to death by the People’s Court and murdered the same day in Berlin-Plötzensee.