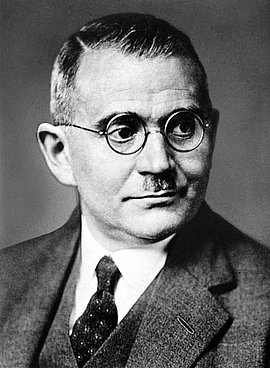 After the First World War, Fritz Tarnow became director of the Wood Workers Association and joined the executive board of the Amalgamated German Federation of Labor Unions. He was married to Anna Pauline Doebbeling, with whom he had a son. Tarnow was regarded as a talented economic policy expert and in 1928 was elected to the German parliament as a candidate for the Social Democrats. After the National Socialists destroyed the labor unions, Tarnow was arrested on May 2, 1933, but was released after Wilhelm Leuschner intervened on his behalf. Tarnow succeeded in fleeing the country and went on to establish the labor unions' exile organization, initially in Copenhagen and later in Sweden. Through his son Reinhold, Tarnow maintained contact with his former political friends in Germany. These friends planned to establish a single unified labor union and during the war established contact with the military opposition. The conspirators recommended Tarnow as Reich minister of economics. He returned to Germany after the war and worked to rebuild the labor unions.