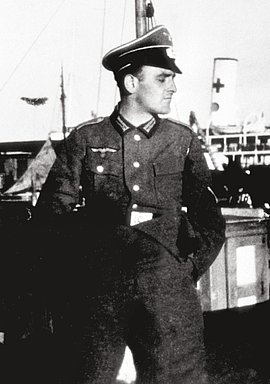 Fritz Hasselhuhn became a soldier in 1939. As a former member of the General Federation of German Trade Unions and the SPD, he was regarded as “politically unreliable” and excluded from promotion within the Wehrmacht. In October 1942 he deserted while stationed in Denmark. His Danish friends helped by obtaining forged papers for him. He was able to live in hiding in Berlin for several months, also hiding Jews in the same situation. He was arrested in July 1943 and sentenced to death for “deserting the flag” on October 20, 1943. Fritz Hasselhuhn was murdered in Brandenburg-Görden on December 13, 1943.