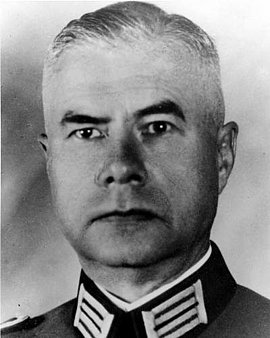 The Silesian agricultural landowner Friedrich Scholz-Babisch served as a reserve cavalry captain in military district command VIII (Breslau). Early on, at the end of December 1943, he was called to Berlin by Claus Schenk Graf von Stauffenberg and persuaded to support the plans for a coup. Several teleprint messages sent by the conspirators of July 20, 1944 named him as liaison officer in military district VIII for the Army High Command in Berlin. After the unsuccessful attempt to assassinate Hitler, Scholz-Babisch’s superior was able to shield him from arrest for a few hours. Friedrich Scholz-Babisch was arrested on the night of July 20-21, 1944, sentenced to death by the People’s Court on October 13, 1944 and murdered the same day in Berlin-Plötzensee.