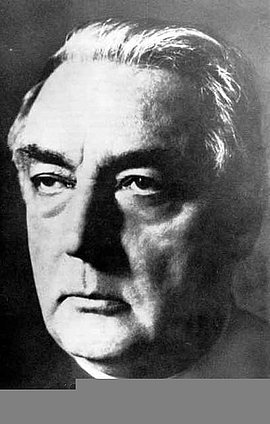 Friedrich Muckermann joined the Jesuit Order in Bleyenbeck (The Netherlands) at the age of 16. He studied philosophy, German language and literature and theology and was ordained as a priest in 1914. Aside from serving as a preacher and in the mission, he also worked as a journalist and writer. He was editor of the Catholic literary journal Der Gral (“The Grail”) between 1926 and 1931. Muckermann became one of the best-known figures in German Catholicism. He adopted a position against the anti-Christian nature of National Socialism early on. In 1934 he fled to the Netherlands, where he published Der deutsche Weg (“The German Way”), a magazine for German exiles; a few copies were smuggled into Germany. In 1935 Muckermann was appointed as a professor at the Institute of Oriental Studies in Rome. In 1937 he went to Vienna and in 1938 to Paris. Until the city was occupied by German troops, he spoke regularly on Radio Paris, pursuing his fight against the National Socialist regime and its claim to authority over belief and ideology. In June 1940 he fled from the advancing German troops to the part of France that was not yet under occupation, and in 1943 he went to Switzerland, where he survived the war.