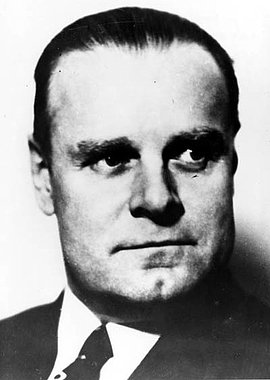 After completing his training as an administrative lawyer, Ewald Loeser, who was married to Ilse Thies, served as deputy mayor and city treasurer under Mayor Carl Goerdeler in Leipzig from 1930 to 1934. Together with Goerdeler, he resisted the attacks of the National Socialists in the spring of 1933. Following Goerdeler's recommendation, he joined the executive board of Friedrich Krupp AG in 1934. During the Second World War, Loeser acted as trustee for the German subsidiaries of the Dutch corporation Philipps. During 1943, Goerdeler succeeded in convincing him that a coup was necessary. The conspirators intended for Loeser to become the future minister of finance. After the unsuccessful assassination attempt of July 20, 1944, Loeser was arrested in August 1944. During his trial before the People's Court on January 17, Loeser feigned partial amnesia and was committed to the sanatorium in Wittenau near Berlin for observation. There Ewald Loeser was able to survive the end of the war.