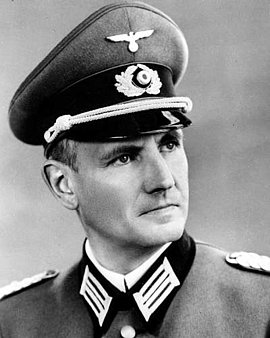 After graduating from university, Ernst Vollert began his career in the Reich Finance Ministry in 1923. Later he transferred to the Reich Interior Ministry, where he headed the department of surveying and borderland questions from 1936 on. He was married to Liesel Pforr, with whom he had two daughters and a son. Vollert knew the former Prussian finance minister, Johannes Popitz, on a professional basis. In a discussion with Popitz in 1943 he offered his services for the planned coup. Soon afterwards, Vollert was transferred to Prague with Frick, who had recently been replaced as Reich interior minister; in Prague, Frick took over the post of Reich inspector for Bohemia and Moravia. The conspirators designated Vollert as political commissioner for military district XXI (Posen). After the unsuccessful assassination attempt on Hitler, Vollert was arrested by the Gestapo in Prague on July 23, 1944. However, he was released after fourteen days on the intercession of his superior, Frick. Ernst Vollert survived the war.