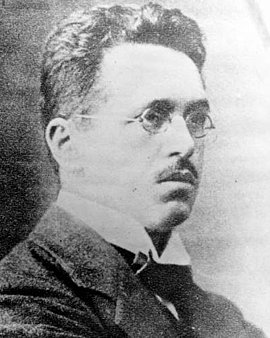 Ernst Schneppenhorst learned the trade of joiner and was managing director of the German Woodworkers’ Federation in Nuremberg from 1906 to 1918. He was also a member of the Bavarian State Parliament for the Social Democratic Party (SPD) from 1912 to 1920, and a member of the Reichstag from 1932-33. After the National Socialists took power he lost his optician’s business and was held in custody for a year in 1937. Afterwards he re-established contact with Wilhelm Leuschner. In the fall of 1943 and the spring of 1944, Schneppenhorst arranged contacts for Leuschner to former labor unionists. Following the unsuccessful assassination attempt on July 20, 1944, these connections were discovered and Ernst Schneppenhorst was arrested. He was imprisoned in Sachsenhausen concentration camp and later in Lehrter Straße Prison in Berlin. In the early morning of April 24, 1945, Ernst Schneppenhorst and his fellow-prisoners, Albrecht Graf Bernstorff and Karl Ludwig Freiherr von und zu Guttenberg, were taken together from their cells and murdered by an SS commando.