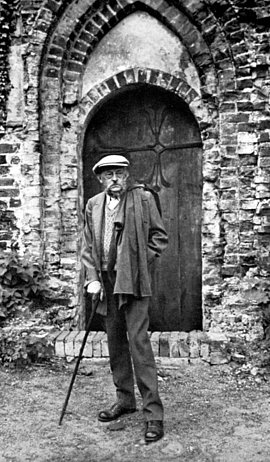 Even in the Weimar Republic, the work of the influential expressionist Ernst Barlach was subject to intense attack from right-wingers as “cultural bolshevism.” His memorial in Magdeburg cathedral and the Hamburg war memorial particularly enraged nationalist circles, and were destroyed after 1933. For the Nazis, Ernst Barlach was a “degenerate” artist, yet he did not openly decide against National Socialism and felt increasingly caught up in the evil of the times. Although the museums and art collections were “cleansed” of his work in 1937 and many sculptures were destroyed, Barlach continued working on drawings, sculptures and literary pieces up to his death in Rostock on October 24, 1938. He attempted to deal with increasingly autobiographical impressions of the oppressive reality in this later work. Barlach wanted to be apolitical and maintain his position as an artist, yet he recognized his helplessness in the face of the tendencies of the times.