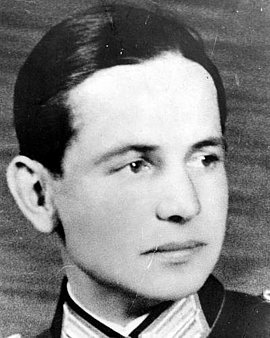 Egbert Hayessen took the path of a career officer after gaining his school-leaving certificate. In the summer of 1944 he was on the staff of the commander in chief of the Reserve Army, Colonel General Friedrich Fromm, working in the same department as the conspirators Robert Bernardis and Friedrich Klausing. On July 15, 1944 Bernardis told Hayessen about the plan to assassinate Hitler and the significance of the “Valkyrie” orders. Hayessen agreed to take on the planned communication with Berlin’s city commandant Paul von Hase and chief of police Wolf Heinrich Graf von Helldorf. On the day of the attack, Hayessen brought Hase the news of Colonel General Fromm’s arrest in Bendlerstraße. In the city commandant’s office Hayessen was then involved in preparing the occupation of the radio station and the arrest of Reich propaganda minister Goebbels. Egbert Hayessen was arrested on July 20, 1944, sentenced to death by the People’s Court on August 15, 1944 and murdered the same day in Berlin-Plötzensee.