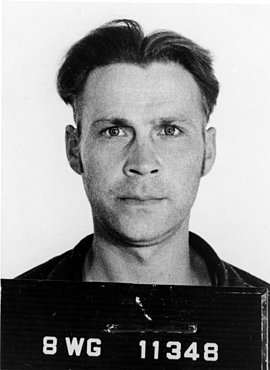 Born in Berlin in 1909, Edwin Lautenbach trained as a precision mechanic. He studied at the Berlin Higher Institute of Politics from 1928 to 1933, where he was the co-editor of the Social Democratic student newspaper Sozialistische Aktion at the beginning of 1933. He later joined the illegal KPD. In 1937, Lautenbach was sentenced to two and a half years in a penitentiary by the People’s Court. As a “probation soldier” in the 999th penal division, he went over to the Allies in Tunisia in May 1943. In an American prisoner-of-war camp, he attempted to forge contacts with political emigrants from Germany. He was placed under a great deal of pressure by the American camp administration, which regarded him as a “fanatical Communist.”