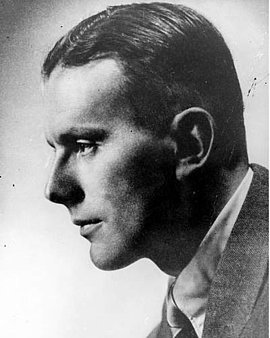 The diplomat Eduard Brücklmeier was born in Munich in 1903. He studied law in Munich, Leipzig, Lausanne, and Würzburg from 1923 on, gaining his doctorate from the University of Würzburg in 1927. He joined the Foreign Office that same year, with initial assignments in Baghdad, Teheran, and Colombo. Posted to Katowice in 1933, he was denounced for the first time by Nazi functionaries. A posting to London followed at the beginning of 1936. At the end of that year, Ribbentrop took up the position of ambassador in London. Brücklmeier married Klotilde von Obermayer-Marnach in 1937, and the couple later had one daughter. He returned to Berlin with Ribbentrop in mid-1938 and was given a position in the office of the foreign minister. He was part of a small group of young diplomats who were critical of the regime and supported the undersecretary of state Ernst von Weizsäcker’s anti-war policy in 1938/39. Shortly after the outbreak of war, Brücklmeier’s doctor denounced him for defeatism. He was arrested, interrogated by Reinhard Heydrich, the head of the Reich Security Main Office himself, and finally forced to retire at a disciplinary hearing. In the resistance, he was a close friend of Ulrich-Wilhelm Graf von Schwerin von Schwanenfeld and the diplomat Albrecht von Kessel. He forged links between Goerdeler, Leuschner, Maass, Stauffenberg, and his former superior in Teheran, Ambassador Friedrich-Werner Graf von der Schulenburg. Arrested in Prague seven days after the failed coup attempt of July 20, 1944, Brücklmeier was sentenced to death by the People’s Court on September 29. He was murdered in Berlin-Plötzensee on October 20.