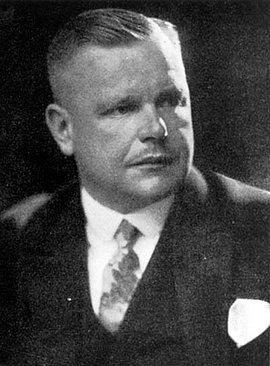 After completing his studies of law and public administration, Cuno Raabe decided to enter municipal administration. In 1929 he was elected mayor of Hagen in Westphalia. He was married to Elli Hahn, with whom he had a daughter. A staunch member of the Center Party, he opposed the National Socialists even before 1933 and became a target of the animosity of local party members. He was dismissed from office in April 1933 and was only able to find employment in the private sector in 1938. He repeatedly met with Carl Goerdeler in Berlin to discuss problems of transportation policy under the new order. Raabe was designated to become minister of transportation after the regime had been overthrown. After the attempt on Hitler's life on July 20, 1944, he was arrested and held in custody to be arraigned before the People's Court. The planned trial would undoubtedly have ended in a death sentence for Raabe, but it was averted when the indictment was destroyed by fire during an air raid on Berlin. Cuno Raabe survived his pretrial confinement in Berlin's Lehrter Strasse prison and after the war went on to become one of the founding members of the Hessian Christian Democratic Party.