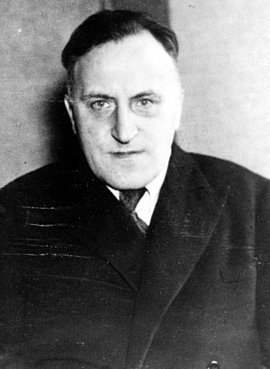 One of the most determined pacifists of the Weimar Republic, Carl von Ossietzky was a particular hate figure in nationalist circles. He headed the political magazine Die Weltbühne, the most important opponent to German militarism and a harsh critic of submissiveness to authority and political justice. In 1932, a court sentenced Ossietzky to a long imprisonment for alleged treason. The National Socialists arrested him at the end of February 1933, only hours after the Reichstag fire. In early April 1933, he was transferred from the police prison in Berlin-Spandau to Sonnenburg concentration camp, where he was severely maltreated. In mid-February 1934, his ordeal was continued in Esterwegen concentration camp. Severely ill, he had to be transferred to Berlin in early November 1936. A few days later, he was awarded the Nobel Peace Prize, but was not allowed to accept it. Carl von Ossietzky nevertheless staunchly refused to reject the award. He died in Nordend Hospital in Berlin-Weissensee on May 4, 1938, as a result of his imprisonment.