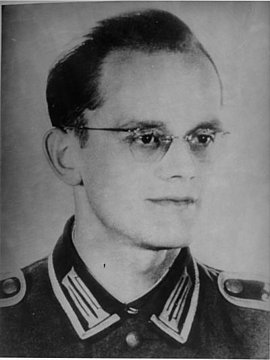 Cäsar Horn, born in Berlin in 1914, was an office worker, and joined the Communist Youth Federation (KJVD) at a young age and the KPD in 1932. He was called up for labor service in 1936, arrested in the labor service camp for his illegal membership of the Kampfgemeinschaft für rote Sporteinheit (Combat Association for Red Sport Unit), and sentenced to 18 months’ imprisonment. He was drafted to the Wehrmacht in 1939. In 1943, Horn made contact with the organization around Anton Saefkow, taking on the task of informing and recruiting members of the armed forces. Arrested on July 19, 1944, Cäsar Horn was sentenced to death on January 23, 1945, and murdered in Brandenburg-Görden on March 19, 1945.