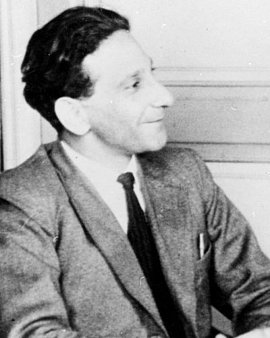 The writer and journalist Berthold Jacob became a pacifist and a radical critic of German militarism after experiencing the western front in 1918. He wrote pieces revealing the Reichswehr’s secret rearmament and other illegal practices in the armed forces. The result was several court cases for “treason,” repeated fines, and nine months’ imprisonment in a fortress. Jacob left Germany in the summer of 1932, running an independent press service in Strasbourg. From 1933 on, he increased his efforts to disclose the Nazi regime’s preparations for war. In March 1935, the Gestapo used an informer to lure Jacob to Basle, where they kidnapped him and took him to Germany. Switzerland reacted harshly to this violation of its national sovereignty. Diplomatic pressure and public protests by Germans in exile led to success, with Jacob set free after six months in a Gestapo prison in Berlin. He returned to Switzerland and was deported to France, where he continued his work until the outbreak of war. Jacob and his wife Else Leu were interned in the south of France in 1939/40, but managed to escape from Marseille via Spain to neutral Portugal in 1941, after several attempts. While waiting for an overseas visa in Lisbon, Jacob was once again kidnapped by Nazi agents and taken to the Gestapo prison at Prinz Albrecht Strasse 8 in Berlin for three years. Berthold Jacob died in the Berlin Jewish Hospital as a result of his imprisonment on February 26, 1944.