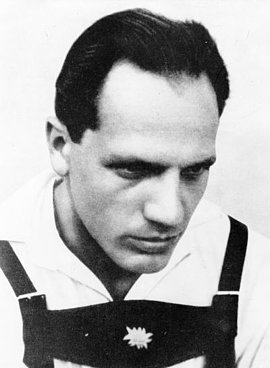 Bebo Wager was born into a working-class family in Augsburg in 1905. He trained as an electrician and joined the Young Socialist Workers at the age of seventeen. He set up an illegal social democratic group with friends in the summer of 1933. After Hermann Frieb was drafted to the Wehrmacht, Wager took over the leadership of the Revolutionary Socialists in the fall of 1941. Wager was arrested by the Gestapo on April 16, 1942, sentenced to death People’s Court in Innsbruck on May 23, 1943, and murdered in Munich-Stadelheim on August 12, 1943.