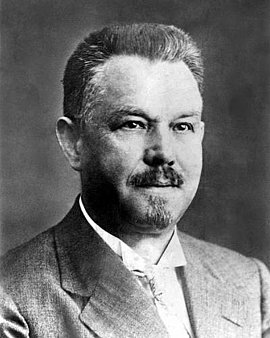 Originally trained as a locksmith, Alwin Brandes was elected chairman of the board of the German Federation of Metalworkers in Stuttgart in 1919. He was a member of the Reichstag several times between 1912 and 1933. He was married to Minna Bennemann, with whom he had three children. When the National Socialists dissolved the labor unions and confiscated their assets in 1933, Alwin Brandes defended the claims of former full-time employees of his federation. This prompted the Gestapo to arrest him and confine him in the Sachsenburg concentration camp for a period of time. In 1936, Brandes was again arrested and prosecuted before the People's Court for defending his former colleagues but was acquitted. Later he maintained contact with the Social Democrats involved in the plans for a coup. The conspirators planned to make him the future honorary chairman of an amalgamated German labor union. Because of his advanced age, the Gestapo did not arrest Alwin Brandes after the attempt on Hitler's life failed. He lived to see the end of the war and went on to advocate an independent metalworkers' federation when the labor unions were later revived in the Soviet occupation zone.