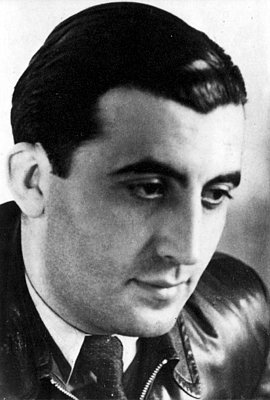 Alfred Selbiger initially studied medicine but then switched to a rabbinical seminary out of interest in working in Judaism. In 1933 he held a senior role in the youth groups of the Berlin Zionist Association and volunteered for the Jewish Community’s youth programs. In 1938/39 he was youth leader at the Havelberg hakhshara estate. On his return to Berlin he worked for Youth Aliyah. Returned to Berlin from the Zionist congress in Switzerland in the summer of 1939, he ran the department of the Palestine Office called the “committee for Jewish special transports.” When the Palestine Office was closed in spring 1941, Alfred Selbiger took over an office at Kantstraße 158 as an employee of the Reich Association’s personnel department. All Zionist activities were officially banned at this time. Despite this, youth workers continued to find ways to carry on their activities. The hakhsharoth were brought together and integrated into the German Reich’s “forced laborer deployment.” Each of these groups was in constant contact with Alfred Selbiger. While deportations were becoming increasingly frequent in 1942, Selbiger worked at the collection points where the people arriving for “evacuation” were gathered, cared for, and given what provisions could be afforded by the Jewish Community. Alfred Selbiger was arrested as a hostage for the twenty members of the Jewish Community who evaded their deportation to Auschwitz on November 29, 1942, and short dead in Sachsenhausen concentration camp on December 3, 1942.