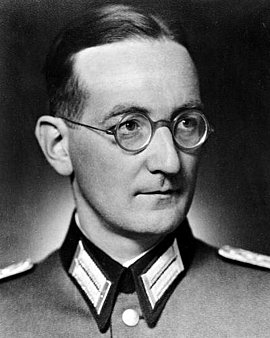 Due to his Christian convictions, Alexis Freiherr von Roenne became increasingly critical of National Socialism over the course of the 1930s. After being deployed in various war arenas and hospitalized for an injury on the Eastern Front, Roenne was promoted in 1943 to the rank of colonel and made chief of the General Staff's Foreign Armies West section. During this time, he turned away from the regime fully, having found out about the genocide of the Jews and also rejecting Hitler's military leadership.

According to his own account, Alexis von Roenne learned of the planned assassination three weeks before July 20, 1944, through contacts to conspirators in the military opposition such as Stauffenberg. He was in favor of the plans but was not actively involved. As Roenne was working in the Bendler Block around July 20 and his critical stance towards the regime was known, he was arrested for the first time shortly after the attempted coup, but released soon afterwards. The Gestapo imprisoned him again two weeks later.

Alexis von Roenne was sentenced to death by the People's Court for his knowledge of the conspiracy on October 12, 1944, and murdered that same day in Plötzensee.