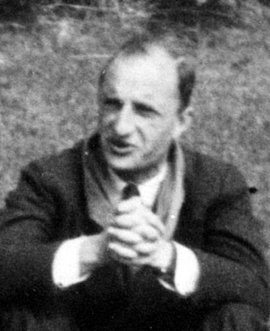 The diplomat Albrecht von Kessel was born in Ober-Glauche, Silesia. He spent his formative years until completing his schooling in 1921 at Rossleben School, where he was a close friend of Peter Graf Yorck von Wartenburg and his cousin Ulrich-Wilhelm Graf von Schwerin von Schwanenfeld. He studied law in Munich and Breslau from 1922 to 1926, joining the Foreign Office in 1927. After postings in Rome, where he met his superior Ernst von Weizsäcker for the first time, Katowice, and Memel, he was reassigned to Weizsäcker in Berne in 1935. Kessel worked under Ernst von Weizsäcker on various occasions up to 1945, in Berlin and later in Rome again. He was also the personal assistant to Konstantin von Neurath in Berlin and Prague for several months in 1938/39. He was part of a small group of young diplomats who were critical of the regime and supported undersecretary of state Ernst von Weizsäcker’s anti-war policy in 1938/39. After the outbreak of war, Kessel worked at the German embassy in Geneva and from 1943 in the embassy to the Vatican. He accompanied the resistance activities of his friends, who included Adam von Trott zu Solz and Eduard Brücklmeier, with critical analyses and assessments of the political situation. Interned in the Vatican from July 1944, he wrote his memoirs, Verborgene Saat, Das andere Deutschland (Hidden Seeds. The Other Germany). He returned to the Foreign Office in 1950. Albrecht von Kessel died in Bad Godesberg in 1976.