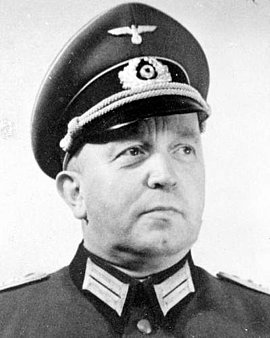 Adolf-Friedrich Graf von Schack was married to Else Dorothea von Werthern, with whom he had a daughter and three sons. In 1944 he was chief of the Organization Department in the office of the Berlin city commandant. On July 20, 1944, Schack collaborated closely with the conspirators around Lieutenant General Paul von Hase, the Berlin city commandant. When it became clear that the coup attempt had failed, Schack was able to destroy incriminating documents. Adolf-Friedrich Graf von Schack was arrested on July 21, 1944 and sentenced to death by the People’s Court on October 10, 1944. He was held in Tegel Prison until his execution by firing squad on January 15, 1945 in Brandenburg-Görden.